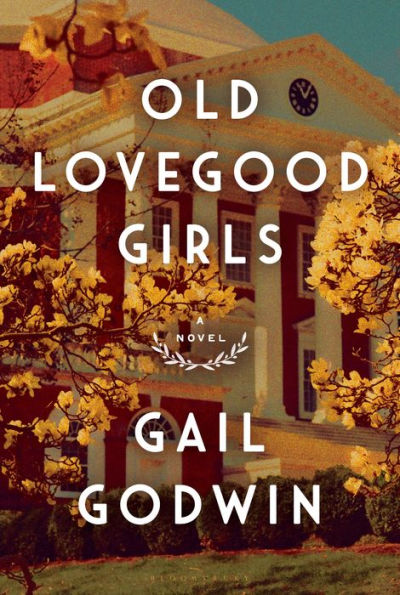 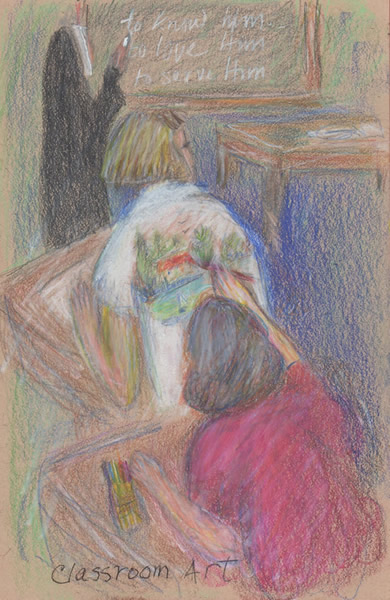 To say that "drawing saved me" would be apt in this case. When I woke up on November 9, 2016, I was in a place too low for words. From that day until January 24, 2017, I have drawn my heart out. All the drawings on the site, except for my "Jane Eyre" series, have been done within that dark period of two months and fifteen days. First came the "Despair" series, followed by "Pilgrim," and now I'm into "Night Thoughts."

The first time the pencils came to my aid was in Fifth Grade. Our teacher was terrifying and I guess I wanted to bring things to a head. While she was writing on the board, I drew a scene on Nancy Ann Brown's back. The next day Nancy Ann had been moved to another desk, but the terrifying nun never said a word to either of us regarding the ruined blouse. If Nancy Ann is still alive, she is probably still wondering, as I am. The reason Mother Leible was in a fierce mood was because she was German and her hometown was in ruins after World War II. We would learn that later. 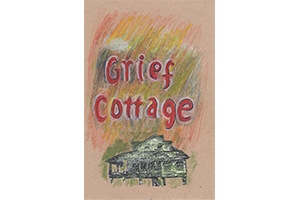 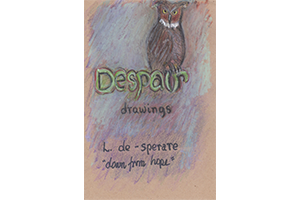 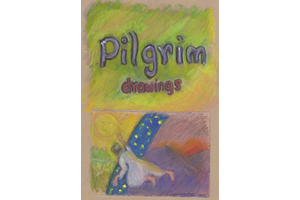 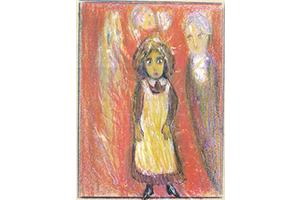 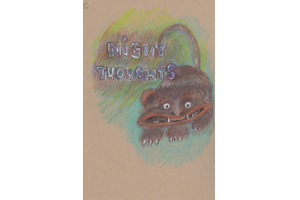