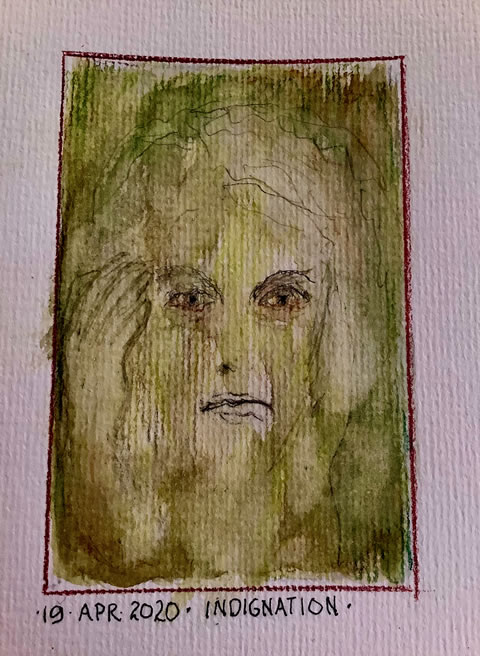 Anthony Trollope attributed his thirty-third novel, The Way We Live Now, to “A loss of good nature in the fever of indignation.” His faithful readership recoiled when this very un-Trollopian novel was published in 1875. The Times critic called it a “sour and pitiless picture of a sordid scene.”

It’s the perfect novel for me to be rereading now, exulting in its brilliant nastiness.  Frequently I pause and ask myself what living novelist could capture the way we’re living now, in the spring of 2020.

Trollope, returning after a year-and-a-half in Australia, New Zealand, and the United States, found the moral stench of London intolerable. In his posthumously-published autobiography he describes what he confronted when he came home:

…a certain class of dishonesty, dishonesty magnificent in its proportions, and climbing into high places, has become at the same time so rampant and splendid that there seems to be reason for fearing that men and women will be taught to feel that dishonesty, if it can become splendid, will cease to be abominable.”

At the age of 58 he sat down in his new London house in a seizure of indignation and wrote 1000 pages in 29 weeks, charting the rise of one Augustus Melmotte, who Ponzi-schemes everyone, is fawned over by the aristocracy, entertains the Emperor of China, and buys his way into  Parliament.

And as I had ventured to take the whip of the satirist into my hand, I went beyond the iniquities of the great speculator who robs everybody, and made an onslaught also on other vices,—on the intrigues of girls who want to get married, on the luxury of young men who prefer to remain single, and on the puffing propensities of authors who desire to cheat the public into buying their volumes.

Five years after, Trollope wrote a life of Cicero(106 B.C-43 B.C) who had written in a letter to a friend: “Sed quid agas?  Sic vivitur.”(What would you have me do? This is the way we live now.)

What novelist indeed could do justice to the way we are living now?

WHO could do our Melmotte or the tireless literary charlatan Lady Carbury? And all the others assiduously sinking deeper into the mire?

(“Do give a poor struggler a lift…I almost think you will like my Criminal Queens. Do it yourself, like a dear man, and, as you are great, be merciful.”)

(“[I] send you an early copy of my Criminal Queens. I have already settled with my friend Mr. Broune that I am to do your New Tale of a Tub in ‘The Breakfast Table.’ …if there is anything you would wish to have specially said as to your view of the Protestantism of the time, let me know.”

(“I venture to think that the book—though I wrote it myself— has an importance of its own…I think that your reviewer will be able to certify that the sketches are life-like, and the portraits well-considered. You will not hear me told, at any rate, that I had better sit at home and darn my stockings, as you said the other day of that poor unfortunate Mrs. Effington Stubbs…I have a few friends every Tuesday evening. Pray come next week…”)

Lady Carbury was supposed to be a centerpiece of the novel, but the author’s indignant loathing for Melmotte swells into fascination for his awfulness. How can anyone be so horrible? Let’s have more of him, and more. Let’s find out how low he can sink.

Does the obsession sound familiar?

This is the fourth—or is it the fifth?—week of not going out in Woodstock. Loren, the man who takes care of the lawn, is on the West Hurley Fire Committee, and he says last week there were 50 cases of the virus in the Kingston hospital.

I had planned to tell you about my main project this past week. Figuring out how a central character LOOKS.  He is the father of the three girls in my novel Snowdrop. He’s going to be very important to the story. The live-in teacher, Agnes, has just arrived at the top of their mountain by helicopter. She has an hour to settle into her new cabin before the father comes to collect her for the welcome lunch the girls have prepared. Their house is nearby and he is walking through the woods to knock on the door of her cabin. What is Agnes going to see when she opens the door? 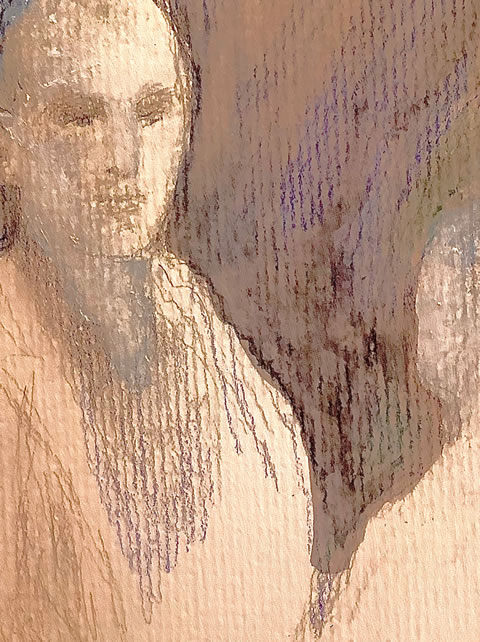 Well, it will wait until next week. I want to read some more of The Way We Live Now, after which I will do what I keep NOT wanting to do. Turn on the TV and wait for the “daily briefing” and sharpen up my indignation.

Here above, at least, is a sketch of my important character. The nearest I have gotten so far was to look at images of Dominic Raab, who is standing in for the Prime Minister while Boris Johnson recuperates from the corona virus.