Today is April 4, the third week of social distancing and staying home. I am reading Albert Camus’s The Plague, a novel I have held onto since college. Camus, who was born in Algeria, was 34 when this novel was published in 1947. Reading it again, after sixty-two years, I understand that it is more than a masterful tale of how people behaved during the fictional plague that gripped the coastal city of Oran in the fictional year of “194_.”

It’s the perfect book for our present siege in this spring of 2020. “Many die,” the jacket copy of The Plague warns us, but: “Those who survive have attained a full knowledge if good and evil. 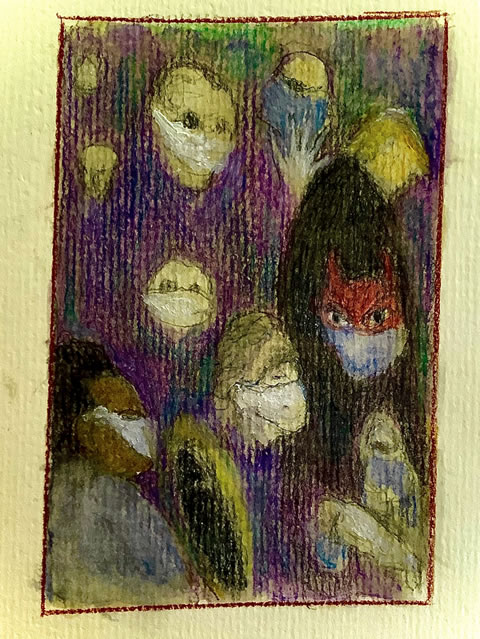 Since his healing skills have been rendered largely useless, the protagonist, Dr. Rieux, dedicates himself to stemming the plague and alleviating suffering. Associated with him during the long quarantine are an out of town journalist forced to remain when the city is locked down, a criminal and failed suicide hiding from the police, a priest who believes we must accept suffering as an aspect of God, and a cast of townspeople with their varying fears and attitudes toward their plight.

How many of us who survive the 2020 pandemic will have learned more about good and evil? And what would that “more” be like?

Yesterday started off with a rant against certain faces on television followed by a dip into despair. Then I looked outside my door and saw the 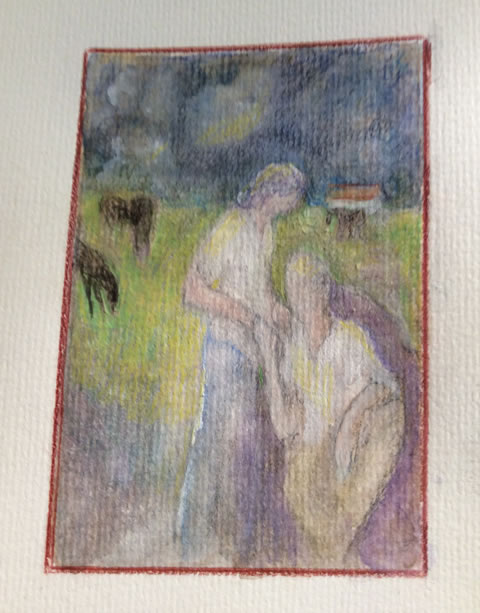 rain soaking a big brown box. The box contained my twenty author’s copies of Old Lovegood Girls, to be published May 5, which were a little damp but unspoiled. This is my sixteenth novel and by far the best produced and handsome of them all, with its stunning jacket art, raised lettering, and deckle edges. It has a frontispiece illustration by the author. Two old friends at their last meeting. (See above)

The box of books tempered my anger and lifted my spirits, I went up to my study, turned on my computer, and continued on with chapter two of Snowdrop.  Snowdrop is the name of a little girl’s dead twin. In the picture below she is teaching herself to read and write by copying the letters on Snowdrop’s gravestone. 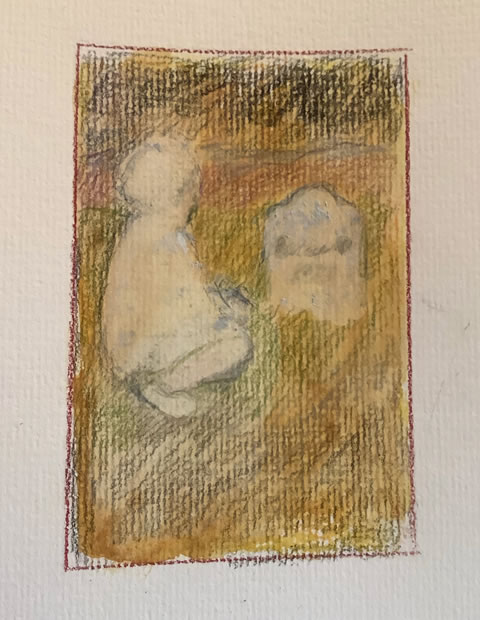 I drew over 100 pictures for Old Lovegood Girls while writing it. I would be exploring a character or what needs to come next when a desire to DRAW kicked in. Take a break, the desire said, let me work on it. I can explore places and depths you can’t. I can feel things from a different angle.

During the three years of writing Old Lovegood Girls, I learned to trust this new helper. I followed its requirements. It liked a small red frame (3”x 4.5”), watercolor pencils, water, and tissues. I would quickly lay in a wash of sepia or indigo, then dab at it with a tissue until shapes began to show themselves. The more I practiced, the clearer my novel shone forth.

Now already I have many pictures of the people and places in Snowdrop.

What a mysterious gift so late in life. 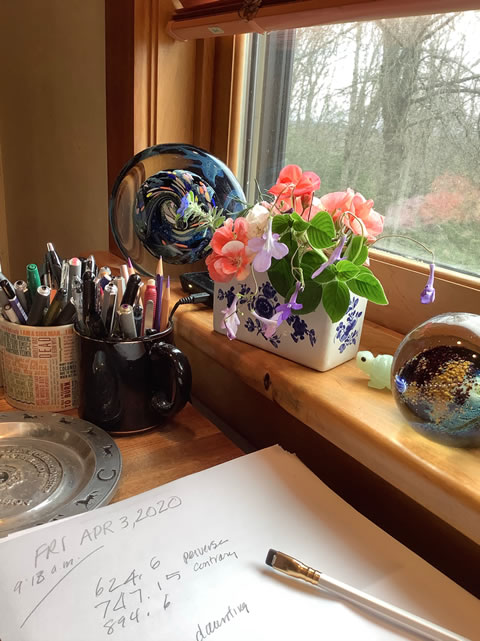