Last weekend I was the keynote speaker at the North Carolina Mountains Literary Festival in Burnsville, N.C. 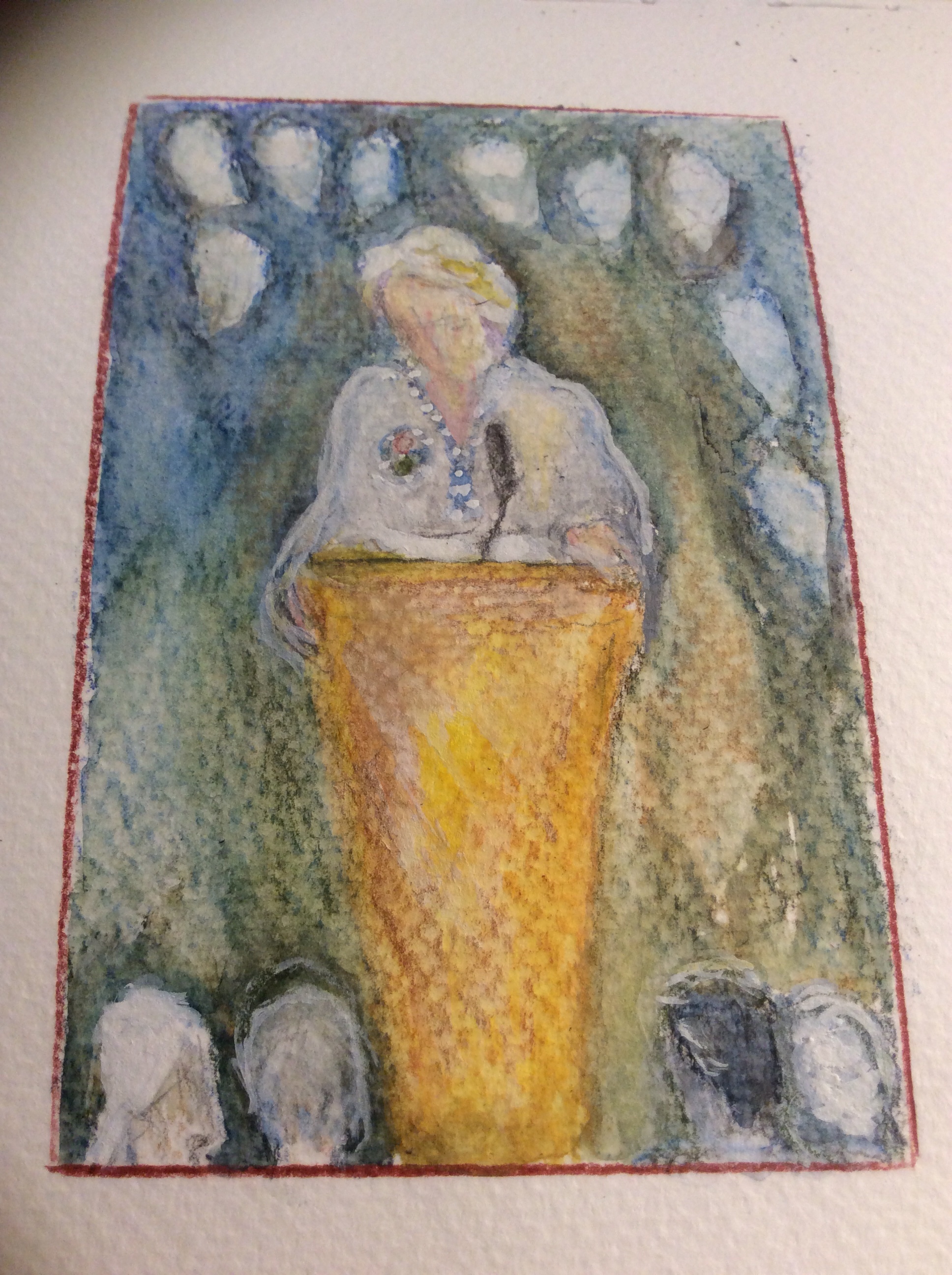 2018 was the festival’s thirteenth year. Each year has a theme, and this year’s theme was “Surface and Rise,” dedicated to people facing a crisis, a challenge, or a life choice. In her invitation, the festival’s chair, Kathy Weisfeld, wrote: “we think your novels would be an excellent fit.”

I wrote a speech called “The Desperate Place,” some parts of which had been waiting to have their say for decades. And now all the people who could be hurt or enraged by those parts were dead and I could go ahead. “The Desperate Place” examines that place in your psyche where you find yourself embedded in a situation that is yours alone and that you may be powerless to change. (The speech is on the Festival’s web site, cmlitfest.org).

The artwork for the festival was a writhing etched ginseng root by a local artist, Rhea Ormond. Later, back home, reading up on Burnsville and Yancey County, I learned that over 86,000 pounds of the medicinal root had once been processed.

“Everything was connected to everything else!” I thought. “Maybe that’s why I found it so restorative.” (That and the fact that the TV in my room at the NuWray Inn stayed incarcerated behnd the doors of an antique wardrobe the whole time.)

The night of my speech, I told the audience that the festival seemed organic. It felt like it grew out of the ground, with its roots attached. But it didn’t grow out of the ground. Its intimate, multi-faceted effect was the work of some dedicated organizers (Dawn Reid and Linda Doll and Kathy Weisfeld were my handlers) and an entire community that loves and supports literature and art and local history. 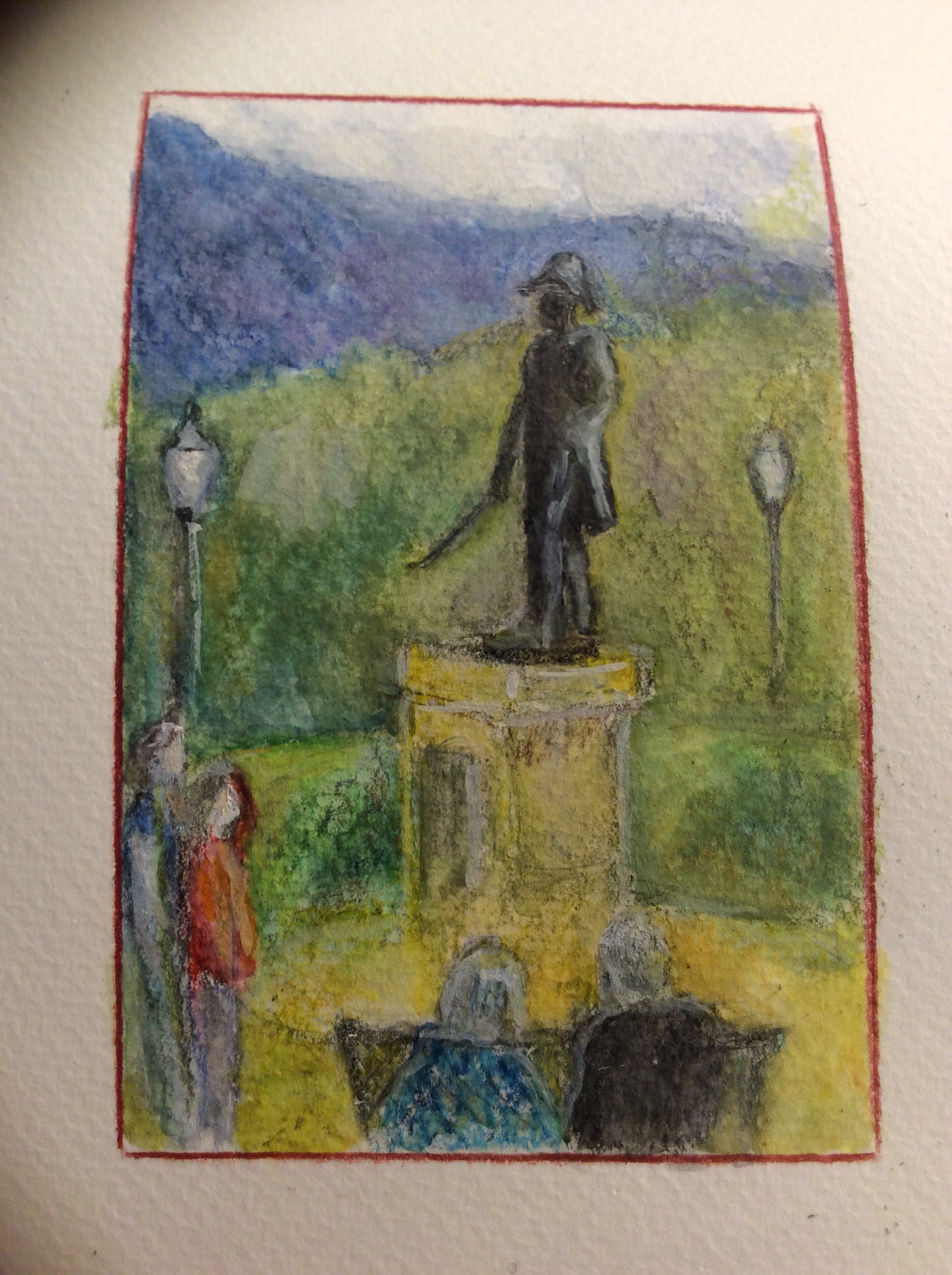 Otway Burns, after whom the town of Burnsville was named, was a ship captain, ship builder and licensed privateer during the 1812 War. He was the terror of British ships and brought in large quantities of British supplies for the American war effort. Later he built the first steamboat in N.C. and served in the General Assembly where he supported Western North Carolina’s efforts to get more representation. (Though he himself was a coastal North Carolinian.) The history books say his life-size copper statue in the center of the village green “preserves the likeness of the scrappy, somewhat delicate captain.” He had one daughter from his first marriage ( he was married three times), and after vandals destroyed the statue’s sword and bugle, Burns’s grandson had new ones made. The plate on Otway Burns’s granite plinth reads: “He guarded well our seas. Let our mountains honor him.” 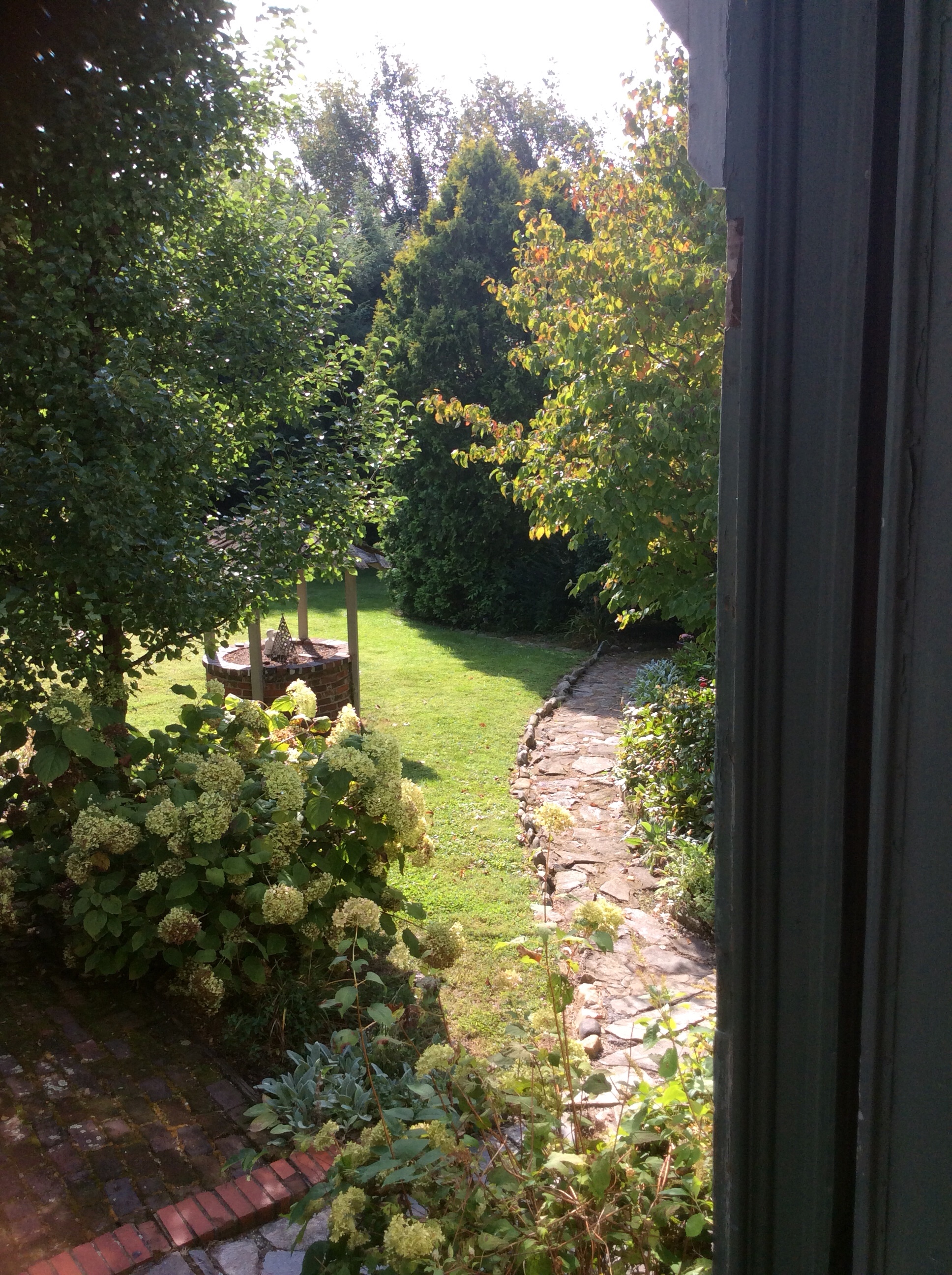 This is the hidden garden outside my window at the Nu-Wray Inn, founded in 1833. Mark Twain and Elvis Presley visited here. The Inn was given over to the festival authors this year, we were given a code that opened the front door and could roam about as we pleased.

Crossing the lobby one afternoon in my socks, I asked an author glued to his laptop if he knew where there was any ice. “You know, I do,” he said, and led me through the dining room and famous kitchen and into a niche with an ice machine. Daren Wang published his first novel last year, the highly-praised The Hidden Light of Northern Fires, based on a little-known piece of Civil War history. As a child Wang lived in a place called Town Line, New York, near Buffalo. It had been the only secessionist town north of the Mason Dixon line. Wang’s mother and father refinished an old barn in Town Line, and when a book dealer came to cart out the old books, he found a diary with a broken clasp. Inside, “in a lady’s hand,” were writings, letters, news clippings, and receipts. The book dealer took this away, too (the deal was he would give them a recent edition of the Encyclopedia Britannica in return.)

Haunted by memories of that diary, the adult Wang went looking for its history and “fell down a rabbit hole of wonder.” He resurfaced with the fascinating story of a town sympathetic to the Confederacy but harboring a daughter who was an abolitionist who helped runaway slaves get to Canada. The daughter is Mary Willis, the lady of the lost diary.

That was quite a trip to find ice. The novel is a masterpiece.

Well, the experiences at that unique festival transformed my tired cynicism into a firm belief in the power of human community and people who love books. Now I am back in Woodstock, with the cat who shares my house and with the prospect of returning to my 17th novel in progress tomorrow. 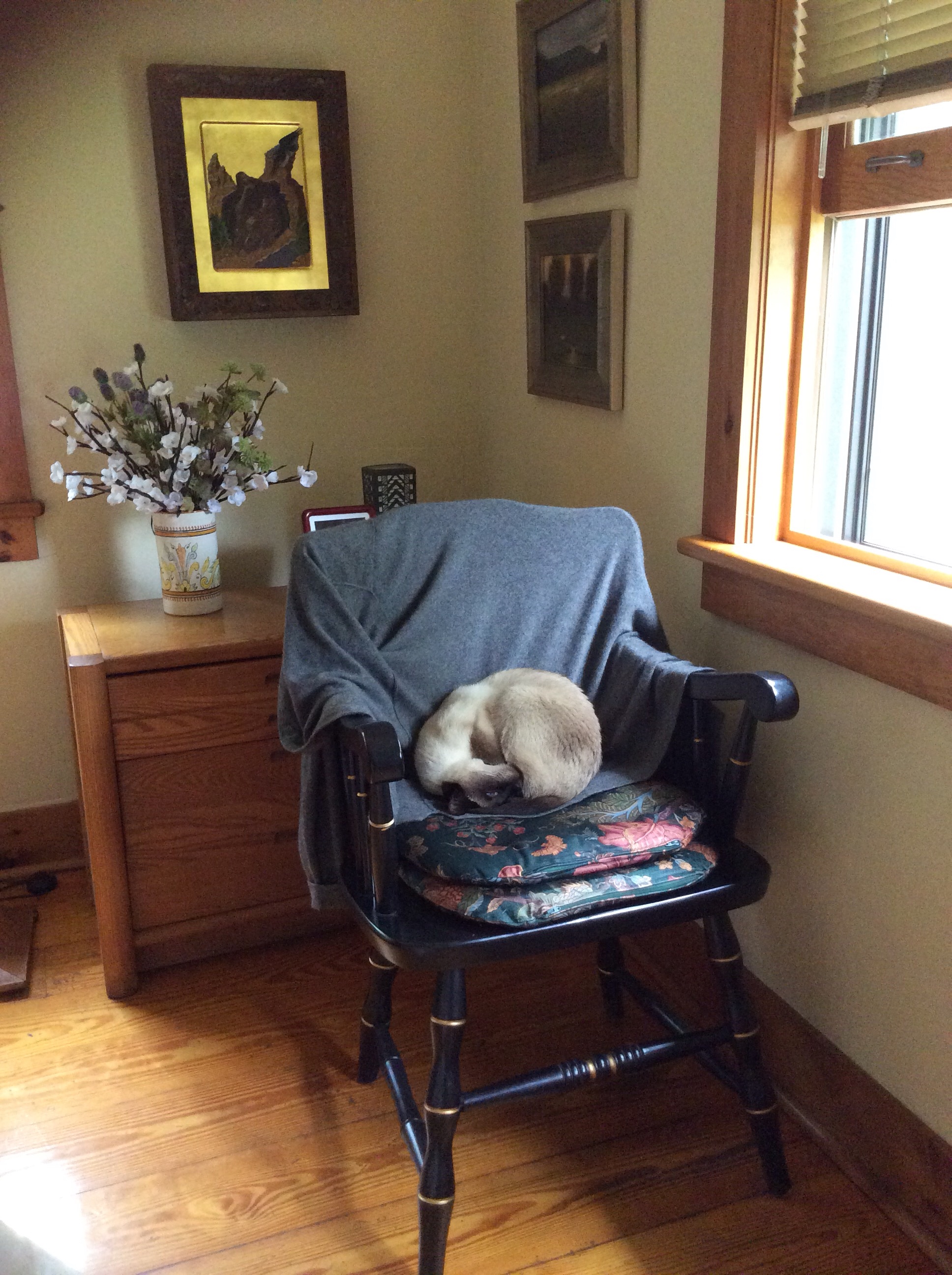